I’m often reminded of my trumpet heroes who accomplished greatness at an early age and cannot help but feel behind. Truth be told, I had no clear direction when I began my quest to be a Jazz improviser. There was no great Jazz pedagogue for me. I had limited access to Jazz recordings, none of which I transcribed. There were no jam sessions in my town. I had a few play-along books, and my high school Jazz ensemble. That was it.

Even at the collegiate level, there was no clear path. I learned scales to pass my juries. I played recitals. I attempted to learn tunes from books and transcribe from sources other than the original recordings. I played at Jazz, but was not really playing.

In recent years, I’ve been fortunate to cross paths with many Jazz luminaries who have pointed me in the right direction. I live in a town with musicians, including trumpeter Gilbert Castellanos, saxophonists Christopher Hollyday and Charles McPherson, as well as many lesser known but equally skilled players. I’ve been the beneficiary of the knowledge and experience they graciously pass on in honor of the Jazz tradition. In all of it, there is one thing that keeps coming back to the surface. One day, after a lesson, Gilbert said, “All the information you need is on the recordings.”

Although this explanation seems simplistic, Gilbert is right. The recordings contain the language, compositions, musicians and history of Jazz. They contain moments in which real live human beings came together to have conversations and negotiate agendas through a particular musical theme. They contain Jam sessions in which impromptu tunes were called and musicians were put on the spot and expected to succeed. The recordings give us unique insights into the personalities behind the instruments and the ways in which those personalities interacted, for better or for worse, on the bandstand.

I have the privilege of directing a Jazz Studies program for a magnet high school as well as direct a big band at a local community college. One of my objectives, as a teacher, is to impart the wisdom I have received as well as the mistakes I made along the way. We live in an age in which there is seemingly unfettered access to Jazz pedagogy – videos with licks, patterns, play-alongs as well as various other chicanery. Unfortunately, much of it that I have encountered is in disservice to the student. Perhaps it is well intentioned. Perhaps it is salesmanship. Either way, it is void of the essence of Jazz.

Jazz is a language. It is meant to be learned as such – not from a book, not from a video, not from a chord/scale theory play-along track, but from real human beings. King Oliver. Louis Armstrong. Sidney Bechet. Duke Ellington. Count Basie. These are the pioneers of our music and they must be revered and intently studied. They are the creators of the language in which all our contemporary greats are fluent. They are the musicians whom I began to really study 10 years ago.

Today I taught a lesson to a 12-year-old trumpeter. He has a good solid foundation from another teacher and came to me to “learn Jazz.” I told him, if you want to learn Jazz, you must listen. You must be able to hear if you want to play. We then proceeded to transcribe Louis Armstrong’s solo on West End Blues (we will get to that cadenza next time…). I said listen. He listened. I said sing. He sang. I said play. He played. We learned the whole thing. In one hour. He doesn’t know any chord scale theory, but he can play the blues.

He learned from our forefather via the great aural tradition. He’s not there yet, but I believe can safely say he’s moving in the right direction.

As musicians, we often struggle with the best way to approach practicing.  Check out this very informative video based on research from Don Greene, an expert in the field of musical practice and performance. 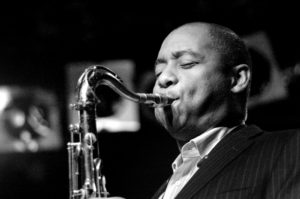 I’ve been fortunate in my life to rub shoulders with some of the finest musicians on the planet.  Last night was no exception.  Thanks to the generosity of the La Jolla Music Society, my students from the School of Creative and Performing Arts and I were treated to a concert featuring the Branford Marsalis Quartet with Kurt Elling.  As was to be expected, the concert was spectacular.

As he began to unravel this mysterious proclamation, his explanation weaved through a tapestry of aural development, brain mapping and encoding.  He discussed the significance of his intentional listening as a kid and suggested that we as students take any record from 1935-1945 and learn everything on the record – every solo, every bass line, every drum riff.

“When I was on the road with Blakey, he asked me, ‘What are you trying to do?'”  Branford responded, “I’m trying to learn how to play like ‘Trane.”  Branford explained that he was learning John Coltrane solos to develop his harmonic concept, etc.  Interestingly, Blakey responded, “You aren’t going to learn to play like ‘Trane by playing his solos.  You have to listen to what ‘Trane listened to.  Do you think ‘Trane was listening to recordings of himself in the future?”

Jazz music represents a continuum of creative development, one which was birthed in New Orleans at the turn of the 20th century.  Through this conversation, I was reminded again of one of my first exposures to live Jazz, which happened to feature the Jazz at Lincoln Center Orchestra with Branford’s younger brother, Wynton Marsalis.  The title of the JLCO tour that year was ALL JAZZ IS MODERN.  I think I’m finally beginning to understand what this means.